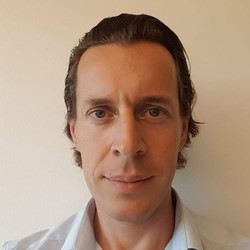 Jewqgeni Müller has been Head of Accounting & Reporting at Holcim (Deutschland) GmbH since 1 August 2017 and reports directly to CFO Marc Dorfmeister. As the head of the accounting & reporting division, he is responsible for the quality, consistency and integrity of our accounting and reporting data and processes. Previously, Jewgeni Müller had been Head of Corporate Controlling at Holcim (Deutschland) GmbH from July 2015. Since January 2017, he has also been a freelance lecturer in the fields of behavioural economics, cost accounting and controlling at the Euro-FH. The in-house tax advisor and business graduate completed a business degree with a focus on accounting and controlling at the University of Bremen from 2001 to 2006 and spent a year studying abroad at the University of Groningen in the Netherlands as an Erasmus scholarship holder. As a student assistant to subject-related professorships at the University of Bremen, he gained his initial work experience in academia and lecturing during this time. The family man began his professional career at international consulting group PricewaterhouseCoopers, where he worked in the areas of auditing, tax consulting and management consulting until 2015. His professional responsibilities included supervising and carrying out auditing and consulting assignments for large clients and medium-sized companies. As a team manager, he was responsible for professional, organisational and personnel management of up to 20 employees on a project-related basis. Since 2013, he has also acted as a tax advisor after being appointed by the Hamburg Chamber of Tax Advisors.

Represented in the following tracks at the Accounting Summit:

Jewgeni Müller and many more register for the Accounting Summit now!